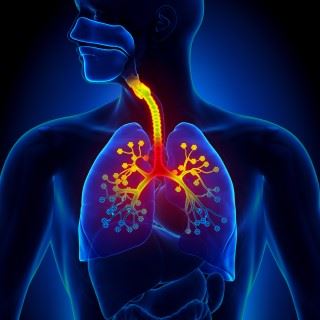 Although there are many difficulties that may be associated with your ability to breathe, one of the more common that is seen is an issue with bronchitis. At Better Faster Urgent Care, we see many people from the grapevine and South Lake area that have such a difficulty. Although there are some instances in which it is treatable, it is important to understand the differences between the types of bronchitis and what may cause them.

One of the issues that is associated with this condition is a problem with acute bronchitis. This is a breathing difficulty that occurs when inflammation takes place in the lining of your bronchial tubes. It makes it difficult for you to breathe and often results in excess production of mucus, which is discolored and thick. It can lead to further symptoms, which will be discussed further in this article. Acute bronchitis is often associated with a respiratory infection or an issue with the common cold.

Another type of breathing problem that is also experienced by many individuals is chronic bronchitis. This is a more serious condition, because it is not temporary, it is constant. The inflammation that takes place in the bronchial tubes because of chronic bronchitis is often associated with smoking, although there may be other reasons why you are suffering from the difficulty.

The symptoms of both chronic and acute bronchitis are similar to each other, although they may differ from one individual to another. One of the most common symptoms is shortness of breath, although coughing is also an issue that occurs in many individuals. A general discomfort in the area of the chest may be experienced and an increase in the amount of phlegm that is produced is an issue for many people as well. Other symptoms of this condition include fever and chills, and fatigue.

If you have an acute difficulty with this condition, the symptoms may stick around for a few days but the coughing may continue to be experienced for weeks after the inflammation has gone away. Most people are able to overcome the difficulty with an acute form of this condition within just a few days, especially if they get the medication that they need. Chronic bronchitis is different, in that it may last for many months or perhaps even years. In either case, you can get the treatment that you need at betterfasterurgentcare.com.

Most people that suffer from this condition are able to overcome it without any serious or long-lasting complications. There may be instances, however, in which bronchitis can develop into further complications, including a problem with pneumonia. This is especially true if the individual has respiratory problems that make them susceptible to that type of disease. If you have a chronic cough that lasts for months, it can also be a sign that you are developing COPD. This condition is often associated with long-term cigarette smoking.

It is possible for anybody to develop bronchitis, and many individuals in the Southlake and Grapevine area suffer from this difficulty. There are certain risk factors, however, that make it more likely for you to develop the problem and to experience the symptoms that it causes.

One of the most common reasons why people develop breathing difficulties, including bronchitis, is because of cigarette smoking. It doesn’t matter if you smoke cigarettes directly or if you live in an area where you’re exposed to smoke from another smoker, it can affect the lungs and cause either chronic or acute bronchitis. Exposure to certain irritants can also lead to the problem, including chemical exposure in the home and at work.

One other reason why some individuals suffer from bronchitis is because their resistance is low. It may be that they have a health issue that is reducing the effectiveness of their immune system, which could include serious issues, or it may be because of an acute illness, such as the flu or common cold.


Are you experiencing a medical emergency?