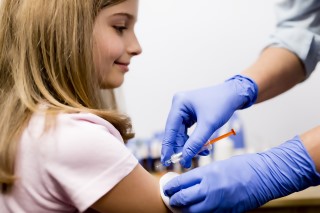 Pertussis, which is a disease that is commonly known as whooping cough, is a bacterial infection that is serious and needs to be treated properly. In this article, we will discuss the causes of this condition, along with the symptoms that you may be experiencing. We will also discuss various risk factors which would make it more likely for you to have the condition, as well as the examinations and treatments that may be possible. If you live in the SouthLake or Grapevine area, you can trust the medical professionals at Better Faster Urgent Care to care for your needs when you have any type of medical condition.

Whooping cough is a contagious disease and it is very easy for it to be passed from one individual to another. It is caused by a bacteria that is known as Bordetella pertussis, and it can affect people of any age. It is commonly seen in children, however, and if it is not treated properly and promptly, it could lead to a number of serious difficulties, including permanent disability. It may also be possible that whooping cough could lead to death in individuals, particularly infants who have the disease.

The bacteria that causes Pertussis is passed from one individual to another in the water droplets that are expelled when an individual who is infected with the disease coughs or sneezes. Since coughing is one of the primary symptoms of this condition, it is likely that it will be passed on if you are coughing in the presence of other individuals. It may also be possible to pass the bacteria through commonly shared items, such as touching doorknobs that have been touched by others with whooping cough, or sharing towels at home or in the gym.

Although a deep and persistent coughing is one of the most common symptoms, there may be other symptoms that are associated with it, including those that are close to the common cold. These symptoms do not develop right away, but you will usually be exposed to the bacteria for approximately one week before you begin to develop the problem. As was stated, coughing is the most common symptom associated with this problem, but you may also be running a slight fever, experience diarrhea or have a runny nose. The symptoms will differ from one individual to another.

Because the coughing can be so difficult to control, it can eventually lead to an individual losing consciousness. Some people also cough to the extent where they may have a spell of vomiting. When infants have a problem with whooping cough, they may experience pausing in their breathing or they may choke as a result of the symptoms that they are experiencing. The symptoms may last for up to 10 weeks, but they are commonly seen for a period of six weeks.

How Is Pertussis Diagnosed?

Typically, a diagnosis of whooping cough is given as a result of the symptoms that are being experienced. It is important to recognize, however, that the symptoms of Pertussis may differ from one individual to another, and the typical whooping sound, which occurs when an individual tries to take a breath in, is not always seen. As a result of the bacteria taking a long time to incubate and result in symptoms, most people are not treated quickly enough to effectively treat the condition. And maybe possible, however, that antibiotics could be effective, so it is important for you to contact the medical professionals at Better Faster Urgent Care for additional help.

Along with antibiotics, which may be able to kill the bacteria that leads to Pertussis, there may also be other treatments that are prescribed. If an individual is coughing to the point where they are unable to drink fluids, they may be given intravenous fluids to help maintain their hydration. Some individuals may also be given an oxygen tent that includes high humidity, which may be able to help with the symptoms of the condition. If an infant has whooping cough, it may require constant supervision to keep them from stopping breathing during the episodes.

At betterfasterurgentcare.com, you can trust the fact that you will be diagnosed properly and that you will be given the medical treatment necessary to effectively deal with your symptoms. In the Southlake and Grapevine area, many patients who are dealing with Pertussis find the relief that they need by using our services. Stop by our offices today for more information about how we can help you with the proper diagnosis and the treatment options necessary for your condition.

Are you experiencing a medical emergency?